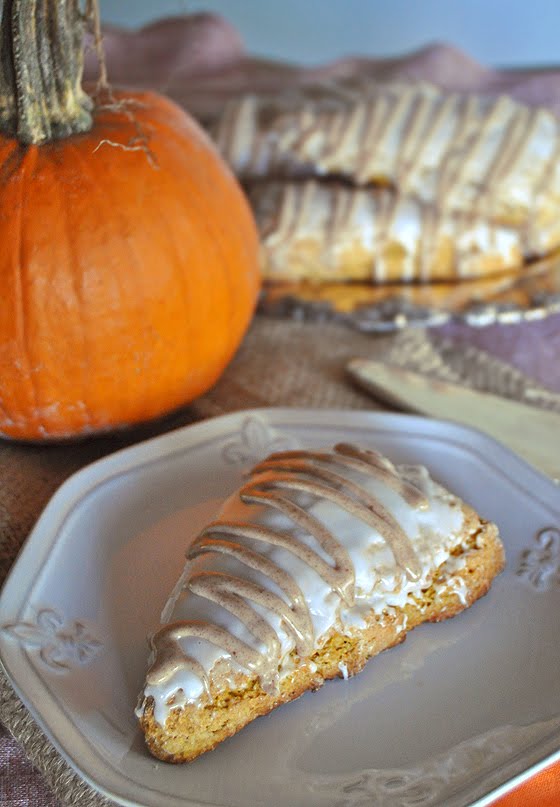 Adjust oven rack to the middle position and preheat oven to 425 degrees F. Line a baking sheet with parchment paper or a Silpat.
In a large bowl, whisk together the flour, baking powder, salt, both sugars, cinnamon, nutmeg, and ginger. Add in the cold butter, and using a pastry cutter or 2 forks, cut the butter into the flour mixture until the butter is evenly distributed throughout the flour mixture, and no large lumps remain. In a small bowl, combine the pumpkin puree, egg, and half-and-half. Pour into the flour mixture, and fold to combine.
Form the dough into a ball. On a lightly floured work surface, pat the dough into a long rectangle, about 4×13-inches, and about 1-inch thick. Using a sharp knife, cut the dough into 3 equal pieces. Cut each of the pieces once, on the diagonal, to make 2 triangles. Do the same for the remaining pieces.
You will end up with 6 large scones.
For smaller scones, cut the long rectangle in half horizontally, and then follow the same steps thereafter.
Place the cut pieces of dough on the prepared baking sheet, leaving about an inch of space around. Bake for 14 to 16 minutes, until golden brown. Place on a cooling rack to cool completely.

For the Glaze: In a small bowl, whisk together the powdered sugar, and milk until smooth. Using a pastry brush, paint the glaze onto the cooled scones. Allow to dry for about 5 to 10 minutes, or until the icing is not wet before topping with the spiced glaze.

For the Spiced Glaze: In a small bowl, whisk together the powdered sugar, cinnamon, nutmeg, and ginger. Whisk in the milk until smooth. Put the icing into a small zip-lock bag and cut a small hole into one corner and use it as a piping bag to make the zig zag pattern on top. 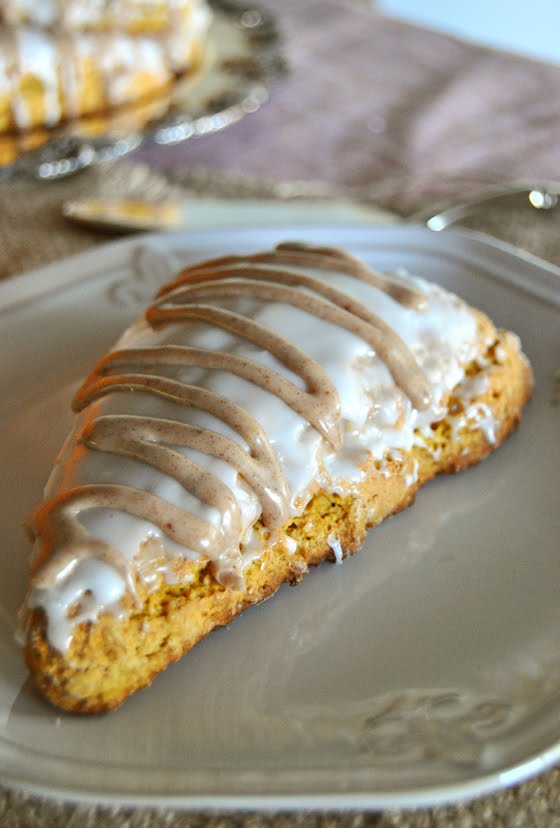 Everyone who tried these scones really loved them, we all just thought that the nutmeg in the spiced glaze was a bit overpowering, so my second batch I made I just put a pinch of nutmeg in instead of 1/8 teaspoon, and it was much better for our taste. If you don’t LOVE nutmeg, I would recommend this little change.
They kept great in the fridge for several days, just make sure you store them in one layer so the glaze remains nice looking and not smooshed! 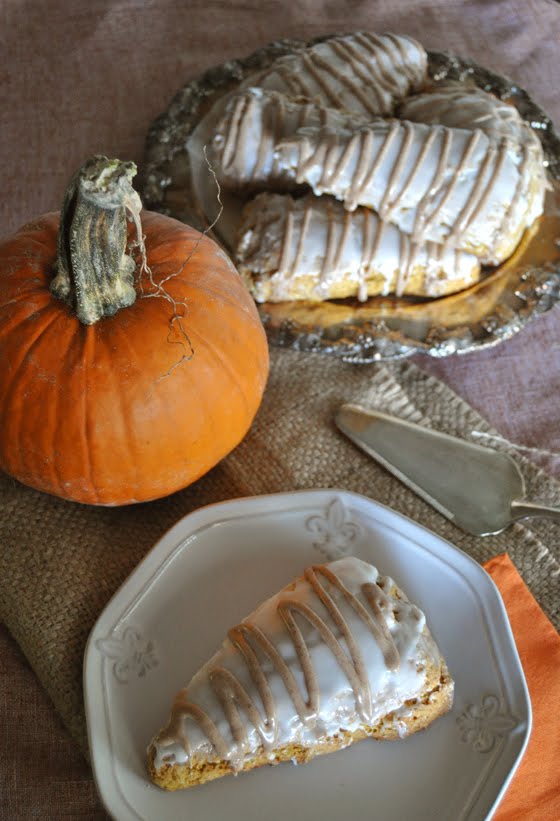 Update: I finally managed to try Sturbucks scone. I went in there twice and they were out…but today I got lucky! It was really yummy, I won’t lie, I liked it. As compared to the scones I made, I have to say the taste is comparable What I liked about mine more is the moisture it had, Starbucks’s was a bit dry. What I liked more about Sturbuck’s was that it had a bit more crumbly texture, so that is something I will work on for my scone, but all in all very similar and totally worth making at home (considering the savings and amount you get to share with family).