This is one of the things that I miss most about home. Ajvar. It is basically a relish made of red peppers as a base. From there people usually add eggplant in it, some even onions and tomatoes. I like to skip the tomato and just do lots of peppers with little of the eggplant and onion. It is most often served with barbecued meats and cevapi. Cevapi are little grilled sausages that are served inside of pita bread. With LOTS of fresh onions. Did I ever admit just how much I love onions? Maybe this is as good as time as any for that confession. Probably the only thing that I can’t do and don’t like to do is eat an onion like an apple. Everything else goes. (Yes, I do know someone who eats it like an apple, but he also pops whole cloves of garlic in his mouth like there is no tomorrow, so he doesn’t really count as a NORMAL someone…hehe) So how do you do this yumminess? You have to blacken the peppers and the eggplants. It makes the flavors so much deeper and better, and it certainly helps with removing the skins from the veggies, which is also the most annoying part of making this. I myself don’t mind it, but I also make only few jars at the time. I can see if I was making this from 20lbs of peppers and I had to peel them all, how that could be annoying! :o) Luckily though, I only make it from a few pounds, and it takes no time at all.
Ready for the recipe? I will write the amounts needed for one regular size jar, and from there you can time it by however many jars you would like to make.

4 large red bell peppers
1 small to medium eggplant
1 large onion (I like to use the yellow ones)
1 jalapeno pepper (I don’t use the seeds,but feel free to adjust this one to you preference, original ajvar is HOT!!)
1 tsp of crushed black pepper
1 and 1/2 tsp of salt
1/2 cup plus 1 tbsp of vegetable oil
1/4 cup of white vinegar
4 cloves of garlic

Wash your peppers eggplant and dry and well. Peel the onion and cut in half. Roast on 450 in the oven or outside on the grill until you have nice black marks on your veggies. You have to blacken them good so it’s easier to peel them. When you take them out of the oven or of the grill, put them in a plastic bag and let them stand like that for at least five minutes. (Onions don’t have to be blackened or put into the bag).
Remove the skin from peppers and eggplant and cut them into one inch pieces. Do the same with the onion. Mince the garlic and the jalapeno. Put all of the vegetables and salt and pepper into a pot on your stove top on medium heat, add the 1/2 cup of oil and 1/4 cup of vinegar and cook for at least two hours steering frequently. Carefully (it’s HOT!!!) blend your ajvar and return it to the pot for just a few more minutes. While your ajvar is cooking, you can prepare your jars for canning. Wash them thoroughly and then put into the oven on 170 for about half an hour. Once ajvar is ready to be canned, heat 1 tbsp of oil on the stove top. Pour ajvar into the jar and return to the oven on 350 for a few minutes so it forms a thin crust on the top, then pour oil over it, just enough to cover the top. It should make sizzling sound when it touches ajvar. Put the top on and you are done! You can keep it like this for at least three months.
Even though this is best served with meat, I love to spread it on bread and eat it with some cheese or scrambled eggs. Yumm! (And how cute of a gift would these be!?) 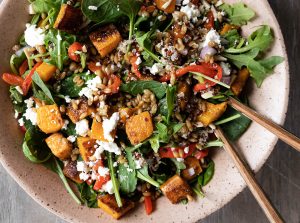 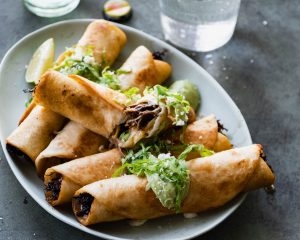 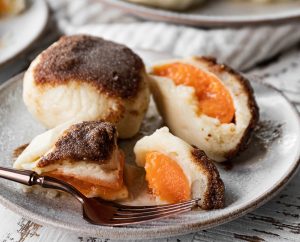 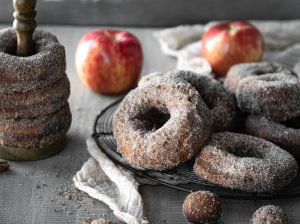 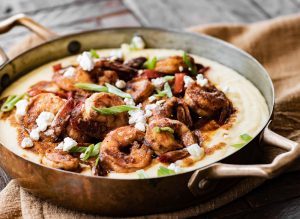